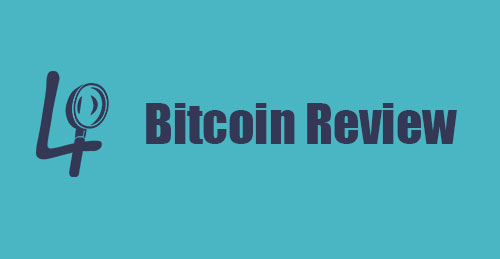 If you are interested in the world of technology and work in this field, you must have heard the name of Bitcoin. If you are wondering if this system and this project in general is legit or not, read this bitcoin review to know everything about this controversial currency.

Bitcoin is the world’s first decentralized currency that is not controlled by any organization. The currency was first issued on January 3, 2009. The popularity of this currency gradually increased in 2016 and reached its peak in 2017. The reason for this reputation is that in January 2017, the price of btc reached above $1,000 for the first time.

BTC is set up on a decentralized blockchain network, this is the most important difference with other financial systems. This network is done in a chain in those transactions. Note that all the steps are done completely encrypted.

If you have a question, then if this network is not under the supervision of any organization, then how it is active, follow the continuation of Bitcoin review.

I try to keep it simple that you also understand because the subject is a bit complicated. Instead of processing systems in an organization, in this network, these processes are performed by people in a scattered manner. This means that those who wish to participate in the processes of this network, with the help of special hardware systems, help to perform transactions and receive rewards in return.

In fact, to perform a BTC transaction, the private key holder signs the request with his or her Key. After the order is sent by the sender, the miners start the process of building a new block containing the information of the property owners.

For a complete bitcoin review we need to look at all the features of this cryptocurrency. Because the steps alone cannot tell us that Bitcoin is legit or not; Especially for people who want to invest in this currency for a long time.

I have tried to examine all the impressive features in this article. If I have forgotten something, please let me know in the comments section.

How to store bitcoins

That’s a good question. Because if no organization is responsible for it, then how do we prove we own those bitcoins?

In this network, btc is kept in the wallets of this network, which can be online or offline. In general, the owner of Bitcoin is the person who has the wallet with that private key. that’s right! Anyone who has this code owns all the bitcoins in that wallet.

If you want to buy and store this currency, you have to make a wallet and give its public address to the seller to send you btc.

With the help of a wallet, you can easily view your bitcoin balance, as well as transfer bitcoins to others.

To transfer bitcoins, you pay the transaction fee directly, and the amount of this fee in USD depends on the network difficulty of mine on the network and the current price of bitcoin at the time of your request.

You can also buy bitcoins in reputable crypto exchanges. If you want to invest, it is better to transfer the currencies to a valid wallet in terms of security and do not store them in an exchange account. But for a short time, you can easily store btc in the same exchange.

In December 2017, Bitcoin set a new record again, at $19,891 (based on the Bitfinex exchange price). So far, ATH is the same price, and Bitcoin has not yet been able to experience a higher price.

According to the description on Wikipedia , the BTC price changes in different time periods from January 2009 are as follows:

According to this bitcoin price review, this cryptocurrency has been one of the most profitable assets in the world in the last ten years. The higher the price increase and the more stable the prices, the more confidently we can say that Bitcoin is Legit.

What guarantee is there that the value will not turn into nothing?

In fact, there is no written guarantee for this. But imagine the volume of daily trading in crypto markets and bitcoin markets. According to coinmarketcap , just over $40 billion in bitcoin trading volume in the last 24 hours.

Now imagine deleting this trading volume. This means that other cryptocurrency exchanges do not receive any commission from trades!

The big investors in this cryptocurrency are not people with medium assets. With the exception of celebrities who have announced that they have bought BTC, some traders (who manipulate prices in crypto exchanges) called Whales hold a lot of bitcoins. In order not to lose their capital, they must be careful not to have too much fall that makes it worthless. Because in the end they are very rich and a lot of money brings power.

Apart from powerful exchanges and investors,, many of the world’s major banks have already bought bitcoins.

According to Banks.com report , Chime Bank, Ally, USAA, Goldman Sachs, and Simple Bank from the United States have so far accepted bitcoin. This is a great development for a blockchain network.

Of course, other banks from the United Kingdom, Germany, Estonia, Canada and the Czech Republic have also accepted this cryptocurrency.

In addition on October 21, 2020, PayPal twitter account announced that 4 popular cryptocurrencies (BTC – ETH – BCH – LTC) will soon be supported in this service.

Therefore, it can be concluded that although there is no written guarantee, it seems very unlikely that bitcoins will become worthless. At least for the years ahead.